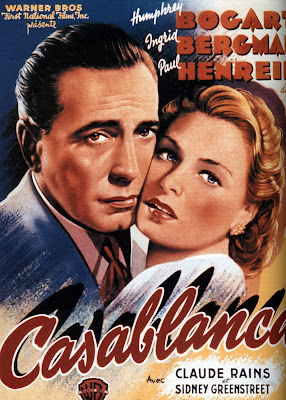 Do I need to describe the plot of Casablanca in detail? Let’s just quote IMDB; ”Set in unoccupied Africa during the early days of World War II: An American expatriate meets a former lover, with unforeseen complications.”. And I guess you already know it features Humphrey Bogart and Ingrid Bergman, not to mention such dependable actors as Paul Henreid, Claude Rains, and Peter Lorre. And you can probably quote it, even if you haven’t seen it. Though “Play it again Sam”, was never said, even if it’s probably the most quoted of all. And of course, most people know the tune too.
Dooley Wilson (Sam), sings As Times Goes By


It’s not a big costume movie, but perhaps that makes it even more interesting for those who want to incorporate the 40’s in their ordinary wardrobe. Looking as lovely as Ingrid Bergman isn’t easy, though. 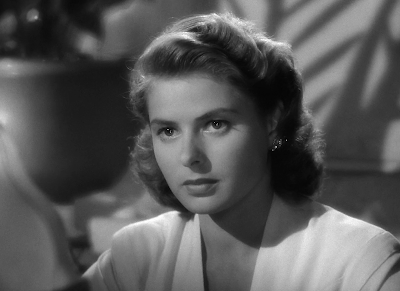 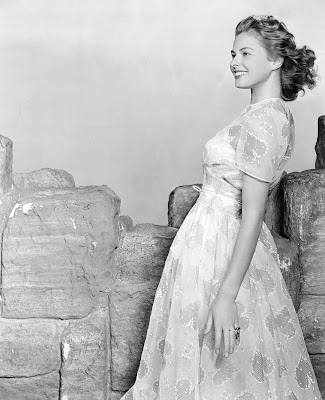 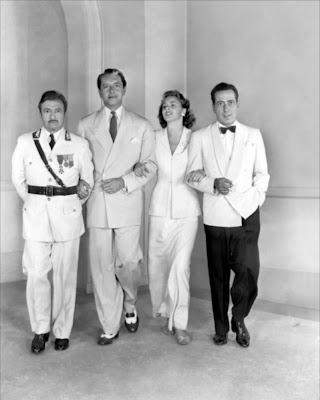 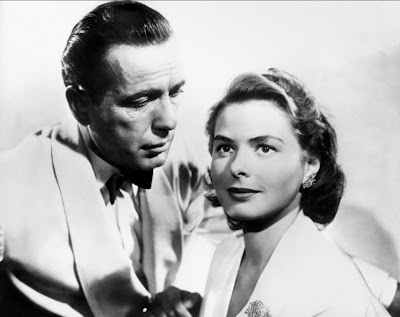 I would have liked to find a better pictures of this dress. 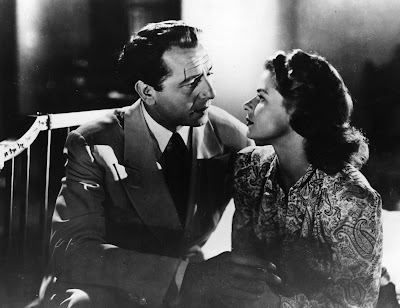 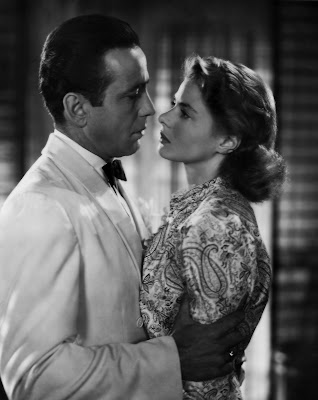 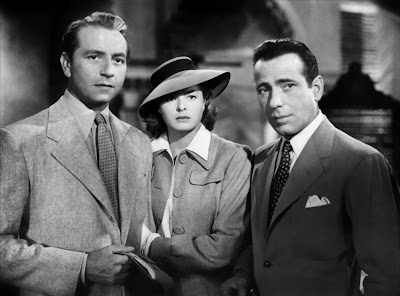 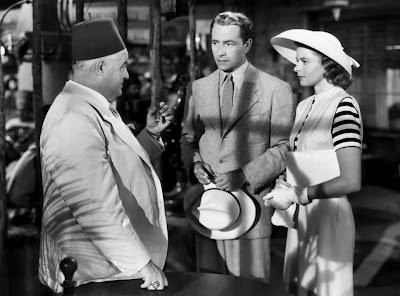 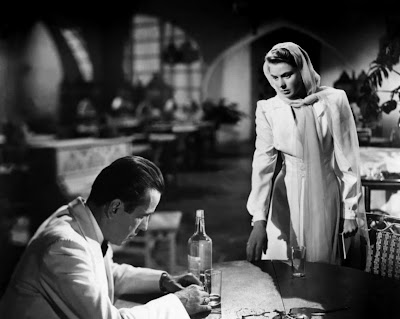 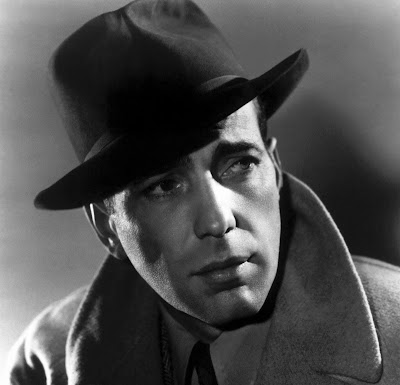 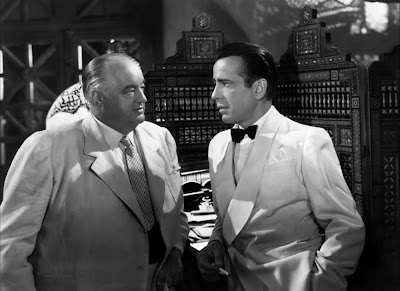 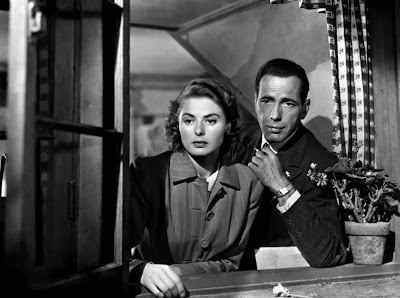 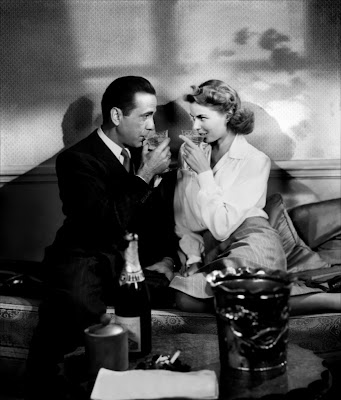 The beginning of a beautiful friendship. 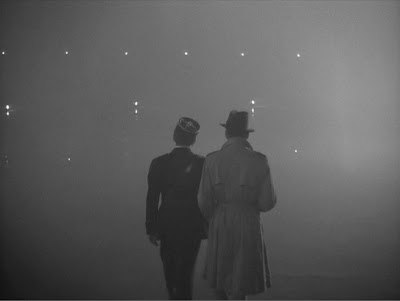 Email ThisBlogThis!Share to TwitterShare to FacebookShare to Pinterest
Etiketter: 1942, inspiration/movies

Love this film. It's one of the true greats - thanks for sharing these stills!

"Remember, I have this gun pointed right at your heart." "That is my least vulnerable spot." =)

I enjoy your blog so much! Thanks again!
--Kellie

Kellie: I'm so glad you enjoy it!

I made a jacket last year like her white one. It's really great for keeping the sun off my skin. I have the black and white striped shirt, and I drafted the white pinafore she wears with it to be made (SOON) out of white tencel. Great great movie.

So pleased to have found your blog!

I've always considered this a GREAT costume movie because everything in it is so wearable (with the exception of some unfortunate-looking shoes). I even won an editorial contest in high school writing about why people should wear hats, and this movie was my inspiration! Thank you for putting all these great images in one place for inspiration. This is the wardrobe I want!

2hourspast: I can imagine itis! I'm sure the striped dress will look adorable. And I'm very glad you enjoy my blog!

jmsewingstudio: Yes, I agree- for wearable clothes, this is a great costume movie. Even if movies with spectacular cotumes are wonderful to look at, they are often just too spectacular to really wear. That sounds like a veru interesting paper!

Links to the outfit you'd like to see in colour.

The Casablanca wardrobe is my dream project! I wish I could sew all of it... trench coat included!

I have recently begun reading your blog and I adore it. This post got me to watch the movie again tonight and I took the liberty of taking a couple of screen caps of the paisley dress. Let me know if you are still interested in them, I will gladly forward them to you.

Alice: I'm so glad you enjoy reading my blog! And I will definitely bear your screencaps in mind, thank you!

I love Casbalanca! Thanks for sharing. I am also very pleased to find your blog. 1940s is one my favorite eras! I will be visiting often :) 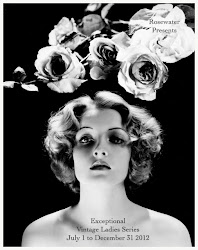